Don’t Want to Settle for Wrong House and Lot for Sale in Balamban? Is your search for house and lot for sale in Balamban taking long time and causing you the tension of not settling for the worthy one? ALJT Realty and Brokerage has some of the best listings available in the local market that would prove to be profitable for you. Just have a look at the listings on house and lot for sale in Balamban on our website and negotiate for the most attractive one with our realtor at 236-12-00/513-6996. Checklists to Find the Right Property for Sale in Balamban, Cebu Looking to purchase a property for sale in Balamban, Cebu means the largest investment you will make in your lifetime and any minor mistake can degrade its value. You need to search for the right property for residential or commercial use in the area in order to prevent the loss of your investment value. Below are some checklists that would help every buyer to find the right house and lot for sale in Balamban, Cebu for living with the family or a commercial unit to continue with your business activities. Property Investment Rules for Foreigners, every foreigner is eligible to own a Condominium unit whether vertical or horizontal even though he or she has not a Filipina spouse as provided under the Philippine Condominium Law. In case he or she wants to invest in a property for sale in Balamban, Cebu or its surrounding cities which is not a condominium unit, one of the most reliable Filipinos will have to serve as a dummy. It is possible with the assistance and help of a lawyer. Factors to Consider before Making a Property Investment in Balamban, Cebu. Purchasing a House or lot for sale in Balamban, Cebu demands a significant investment. Consider asking yourself a few questions including the following: What is the preferred location? How much money can you pay for? Do you have cash savings or regular income to go ahead with the purchase plan? Analyze your bank account details and find out what is the maximum amount you can pay for purchasing a property for sale in Balamban, Cebu. Do you want to purchase a lot only and construct a house as per your own design? Do you like to live in the Balamban, Cebu house or lot for sale or give it on rent? You should set a budget first and search for the details on house or lot coming close to it. Consider Your Ultimate Priorities in Property for Sale in Balamban, Cebu. Decide whether you want to buy a house or a condominium? If your final choice is a house, you need to consider the options like Townhouse, Row house, Duplex house, single attached/detached house, and single/multi storey house. Prepare a list of all the features you desire in your new home or lot in Balamban, Cebu and organize them according to priorities. There are a few other important things to consider including the number of bathrooms, bedrooms, parking space, swimming pool, landscape garden, security and your safety, location of the property and its surroundings, the road for your entrance and exit, public transportation system, protection from flood, tsunami, typhoon, landslide, earthquake and other natural calamities. All these and many more things should be checked for, to reduce your tension and disappointment after closing for a home or lot for sale in Balamban, Cebu. Consult with a Certified Local Realtor Once you get a fair idea of the type of house or lot for sale in Balamban, Cebu you should consult with a licensed and certified real estate broker or salesperson. They can show you the areas where the desired properties are available for sale. With his professional insight and skill, you can sail through the documentation work and buying procedure. Since he is licensed and trained, you can be sure to have a smooth and easy property transaction in Balamban, Cebu. ALJT Realty and Brokerage is an ever growing real estate portal in the Philippines. It produces an efficient platform online for listing of property for sale in Balamban, Cebu and supporting local real estate agencies, developers, brokers and salespersons that are in need of exposure. To search a number of property listings with convenience and filter your own search with the location, size, price and kind, start browsing on ALJT Realty and Brokerage. Call the professional real estate brokers or sales consultants of ALJT Realty and Brokerage to find the best deals on house or lot for sale in Balamban, Cebu at (6332)236-12-00 / (6332)513-6996 or mail them at aljtrealtybrokerage@gmail.com. Balamban, Cebu, Philippines Balamban is a 1st municipal income class municipality in the province of Cebu, Philippines. According to the 2015 census, it has a population of 87,177. In the 2016 electoral roll, it had 47,548 registered voters. Mount Manunggal in barangay Magsaysay (formerly Sunog) is the site of the plane crash on 17 March 1957 in which died President Ramon Magsaysay, 17 of his presidential staff, and some news correspondents. In the 2016 electoral roll, it had 47,548 registered voters, meaning that 55% of the population are aged 18 and over. Economy One of the larger shipwright yards of the Philippines (but a long well behind Subic), the municipality double its size within ten years.

A HOME FOR THE DRIVEN Northwoods Place shares your passion for a clear vision of the future. Offering a purposeful mix of Studio, 1-bedroom, and Home Office units in two towers that are connected by a bridge, this low-density condominium development is ideal for a focused and productive way of living. Northwoods place is situated in an up-and- coming area of Mindanao City, and is practically next-door neighbors with sacred Heart School – Ateneo de Cebu. The development’s location right along a main road makes it highly accessible to all the essentials that make for a convenient city life. EVERYTHING WITH CLEAR PURPOSE Every aspect of Northwoods Place prioritizes the well-being of residents. Each floor has a limited number of sensibly laid-out units for a more quiet environment. Curated amenities offer the right blend of activities for the busy city dweller, who will enjoy a swimming pool, gym, and a commercial area that is ideal for a tutorial center, laundry shop, and other convenient establishments. PRILAND Advantage Where others cut corners, Priland Residences delivers, as fixtures that support ease of connectivity and convenience come standard in every project. • PROVISION FOR AIRCON • PROVISION FOR TELEPHONE • PROVISION FOR CABLE • PROVISION FOR LPG • PROVISION FOR RANGE HOOD • SPRINKLERS • SMOKE & • EAT DETECTORS COMMON AREAS & FEATURES OF THE RESIDENTIAL TOWERS RESEDENTIAL AREAS • RECEPTION AREA • LOUNGE AREA • 3 ELEVATORS SHARED BY 2 TOWERS • CENTRAL GARBAGE COLLECTION AREA (MRF) • PROVISION FOR GARBAGE COLLECTION ON EVERY FLOOR • 1.50-METER- WIDE HALLWAY AMENITIES • SWIMMING POOL WITH GAZEBO • GYM • COMMERCIAL SPACES • OUTDOOR SHOWER PARKING • LOWER GROUND PARKING FOR RESIDENTS • SURFACE PARKING FOR COMMERCIAL/RETAIL 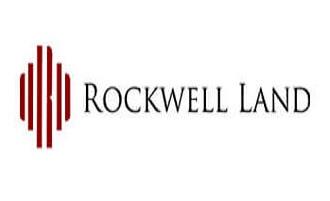 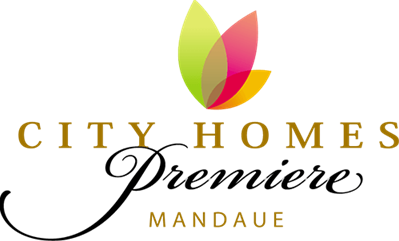 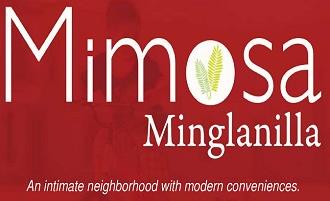 A house living made for you by well-known developer in the Philippines.